Italian immigration to America has created some amazing advances in culture, particularly with regard to cuisine. Using ingredients endemic to America and shared with their native Italy, Italian-Americans have created some truly fantastic dishes. Here is some information about some of the dishes that Italian-Americans have created that you must absolutely try.

Although this was originally an Italian dish known as "pasta e fagioli," pasta fazool has taken on a life of its own in America. Originally a delight among peasants, pasta fazool is now enjoyed by not only the Italian-American community, but Americans from coast to coast. Pasta fazool is a dish that contains beans and pasta. The beans that are used vary from region to region. In many areas, the use of cannellini beans is prevalent. The base sauce used in pasta fazool is primarily olive oil, minced garlic, carrots, and celery. This inexpensive and hearty dish is sure to keep you full for hours on end.

Prevalent in New England and other parts of the Northeast, American chop suey is another hearty dish that is inexpensive to make. It primarily consists of elbow macaroni and ground beef, along with sauteed onions and green peppers mixed in with a hearty tomato-based sauce. Although not necessary for the meal itself, Parmesan cheese is often grated atop of it and allowed to melt. It is occasionally served with sliced bread and Worcester sauce as an optional condiment.

This dish is not traditionally served at weddings, contrary to popular belief. Rather, the name comes from a mistranslation of the Italian phrase "minestra maritata," which literally means "married soup." The original name is derived from the fact that this soup contains meatballs and green vegetables that taste so good together that they should be married. The greens involved in the soup usually include lettuce, endive, cabbage, escarole, spinach, and, as of late, kale has become a popular ingredient. The meatballs used in wedding soup are occasionally replaced by chicken or other white meat.

Baked ziti is a casserole dish that utilizes ziti pasta and is usually served with a heavy tomato sauce and plenty of Parmesan cheese caked on top. This savory dish is often served with green peppers and onions.

It is highly recommended that you make your way to the nearest Italian restaurant and try out one (or more) of these dishes for yourself. 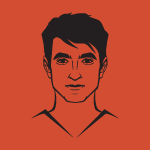 Several years ago I realized that I needed to do something about the way that my business was running. I owned what used to be a popular restaurant, but in recent years, I was having trouble getting people in through the door. I was really frustrated with our sales, so I started focusing heavily on turning things around. I worked with a professional restaurant consultant to make some big changes, and it made a huge difference. This blog is dedicated to managing your restaurant the smart way. After all, you never know how incredible your restaurant can be without focusing on what needs to change.